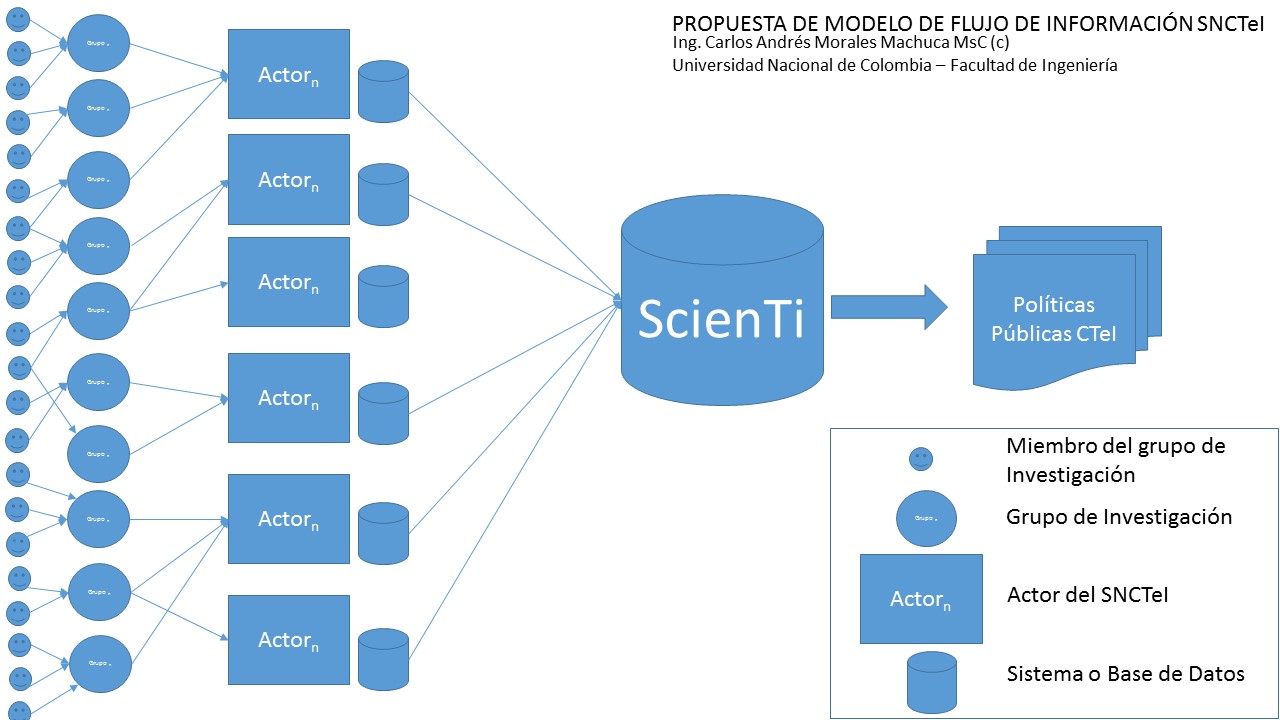 “In the field of knowledge management, the process of converting explicit knowledge into explicit knowledge is known as combination. In this process of knowledge generation is from information systems, electronic data processing and integration. As I have always stated in my view, the Government Online program in Colombia, is nothing more than the implementation of a knowledge management system for the state, and this being consistent with and aligned with academic theory, the Open Data portal of the Colombian state is a combination tool where the existing explicit knowledge within organizations and often stored in databases to a repository brings providing some additional metadata and which new knowledge is explicit and is available to of society.

The public sector entities, have a lot of knowledge, both explicit and implicit, within their organizations, within their documents, information systems, spreadsheets, the minds of your servants, etc.., And some mode has been consolidated in the group of explicit knowledge. A conscious or unconscious, Quality Systems for Public Management that have been implemented over the last decade have as part of its objectives the documentation of processes and procedures of the entity, which has led to bulk process outsourcing within the state, much knowledge was only in the minds of public officials (tacit) is carried documents, systems, electronic media (explicit).

Much of the information derived from the process of externalization begins to articulate data and information that is already structured in some systems entities and begins to generate new knowledge, the latter begin to release data sets that are exploitable by society and the government to notice this utility starts to make it available to social actors in the country, citizenship, for them, give added value and benefit from this information that the end of the day is public character and are the property of citizens who have paid their taxes.

Within the portal Datos.gov.co now a number of useful information from different sources in free and machine-processable formats, which have helped to develop applications, conduct research, support studies, among others, supporting a process of knowledge transfer is from the State to citizenship. But this knowledge is not unidirectional, citizenship also has tools through this website to comment and suggest, which leads to identifying data needs of the citizenry, these needs are recorded within a system and thus again provides a process outsourcing passing the tacit knowledge of citizenship to explicitly registered within the State system.

At the time of writing this post the catalog has 499 published data sets, although already a considerable number is still more use by the public, but this also happens because of the lack of commitment of many entities to open their data, or verify its usefulness.

In Colombia advance to the management of public institutions through an instrument called FURAG for its acronym in Spanish (Single Registration Form for Advance Management) measurement performed there the different public entities are consolidated in a single instrument is measured within the themes that are measured is the online government and there is recorded that components eGovernment strategy has been implemented. The issue of open data is a component element of Democracy Online which in turn belongs to the Government Online Strategy.

Therefore, some organizations publish open only to demonstrate progress in the management and this requirement is done in Colombia as a control data, but lacking in some, a commitment to the philosophy of open government, review the usefulness of this, beyond meet to meet, open data only for passing the test on the entities.

Although there is still much to do, still need to build commitment both citizens and institutions and industry can be said to be on the right track and that the hard work of the professionals we engage in creating awareness and hold hands entities for cover under the same blanket of open government.” - Carlos Andrés Morales Machuca - Bogota, Colombia